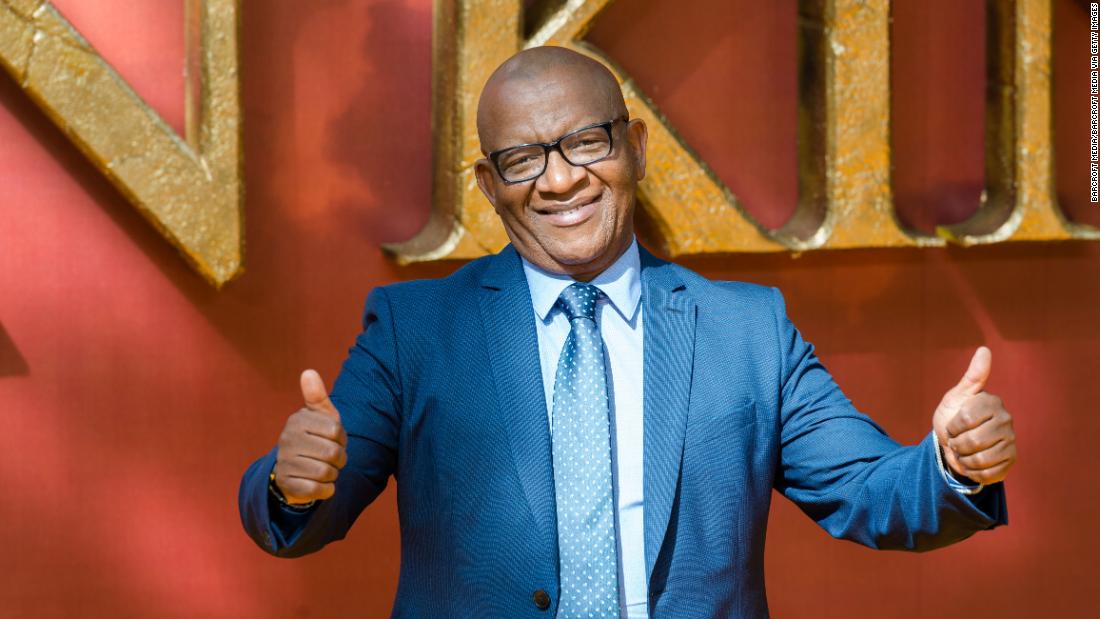 (CNN)Even if you don’t know singer Lebo M by name, you’ve likely known his voice for the last quarter-century.

Brought aboard the original film by composer Hans Zimmer to provide an authentic African flavor to the choruses, chants and compositions, Lebo M has been a constant as the franchise flourished, including contributions to a companion soundtrack, the Broadway musical score, the direct-to-video sequel, live concert performances and, most recently, filmmaker Jon Favreau’s photorealistic computer-animated remake. The original recording of his voice again serves as the signature kick-off in the new film debuting Friday.
“If I reflect on it properly, I don’t think that any of the people I was working with said or felt we were making an iconic, global, long-lasting hit project,” he tells CNN. “What makes it special is how it evolved from the very first proper sessions. It was just a highly emotional, nonstop energy.”
Born Lebohang Morake in Soweto, Johannesburg, Lebo M was a musical prodigy without formal training who ultimately became an exile due to the oppressive Apartheid regime, a system he says “sought to make you constantly less than human being.”
“[But] whether you’re rich or poor, whether you are oppressed or not, your destiny is defined by the decisions you make, that may be yours or other people may implant on you,” he said. “Thankfully, my future was defined by a destiny I had no control of: music.”
He left South Africa in 1979 at age 16 for the United States, eventually studying music. He found work doing menial jobs and was sometimes homeless. But then a life-changing opportunity to assemble an African choir for a performance at the Academy Awards would lead to subsequent film soundtrack work. It was through that work that he met Zimmer, just as the composer began work on the first “Lion King” film in 1992.
The film’s story instantly struck a poignant chord within him.
“Just reading the script became very personal to me,” he recalled. “I’m inside the story, and the story is me reliving my life literally while working the story of Simba, who goes [into] exile.”
As he was reading the script, he saw Scar as something of a symbol for the Apartheid regime, and Mufasa as a liberating, Nelson Mandela-like figure.

The singer said his passion for the material, along with his youth and enthusiasm, prompted him to throw himself into his work, even before he was formally hired.
Once he was on board officially, it became clear that he and Zimmer had a connection that transcended their divergent life experiences, he said.
“We just have this vibe,” he added, laughing. “We just look at each other and just a feeling happens, a natural thing that is musically inclined.”
Case in point: the iconic beginning to “Circle of Life.”
After structuring the vocal arrangements on the song, Lebo M was about to record a demo of the song when spontaneous inspiration struck. Picturing Mustafa standing atop Pride Rock, he laid down a new vocal, adding in the now familiar chant.
“I went [in Zulu] ‘All hail the king; bow down in the presence of the royal family.’ It was inspired by a vision or dream that most of us South Africans were visualizing: Nelson Mandela taking the podium to become the first black president,” he said. “So it’s just a dual story that was happening at the same time — and thankfully the chemistry worked and the magic happened.”
Not long after, Lebo M was able to return from exile following the fall of Apartheid, while the African musical traditions he embraced became a crucial part of the soundtrack to formative years of multiple generations of children to come.
Today, the same alchemy that pervades his original experience carried over to all of the spin-off productions, getting a fresh jolt of creative energy each time — including, yet again, with the new incarnation.
He and Zimmer recruited a number of vocal veterans from the original film and the stage production to fill out the chorus, striving for a less studio-produced, more live-performance sound.
“I got to do a song that originally was written for the [animated] movie, ‘He Lives in You'” he adds. “It didn’t make it in the movie, but it found its home on Broadway, being sung by both Rafiki and Mufasa. Now, I got a chance to do a closer version of ‘He Lives in You’ that’s in the end credits.”
He also contributed to “Spirit,” an original composition for the new film performed by Beyoncé.
At the new film’s Hollywood premiere last week, it became clear, however, that some things can’t be improved upon. When the powerful opening notes of “Circle of Life” rang out, the audience, many of whom were children when they first heard them, burst into wild cheers and applause, creating a near overwhelming emotional moment for the singer.
“That one take we did, because it was so natural, now it’s going to outlive previous 25 years,” he said. “It’s unbelievable.”
Being part of the fabric of popular culture is, he said, “no longer intimidating.”
“It’s just a warm, humbling feeling,” he said. “I feel very blessed that I’ve been able to interact with people and understand years later, as an adult now, that we’ve had a positive impact on humanity in some way, shape or form.”